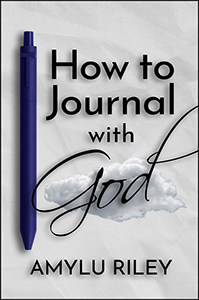 In the dream, I was exercising with a group of people—the kind of aerobic exercise class where everyone stands together and moves their arms and legs in response to the instructor’s leading.

The part that puzzled me is what we were all wearing.

What Am I Wearing?!

Our clothing was ridiculous. In the dream, we all had on long-sleeved tops and long pants. But none of the shirt sleeves were attached at all to the shirts. There was nothing at all holding the sleeves up. And, if that wasn’t bad enough, none of the pant legs were attached to any of the pants, either. How was that ever going to work?

Everyone in the class was going on as if nothing was unusual, but I didn’t understand how the clothing was expected to stay in place. How was I ever going to be able to exercise in that outfit—with my sleeves unattached and with pant legs that weren’t connected to anything?

God had my attention. But what was he saying?

I asked God, “In the dream, why do I leave the class? Is it because I cannot do the exercises in that outfit, or because I just will not?”

The Disconnected Clothing Means What?

I understood that the detached sleeves and pantlegs of the exercise clothing in the dream represented how disconnection in the body of believers is affecting our unity of relationship with God, and therefore our display of his glory.

But my waking self didn’t at all comprehend the relationship between those things: What did they each have to do with the others?

Glory is the weighty substance of God. His power moves through it—to heal, to save, to deliver. God’s glory not like ranch dressing that can be put on the side of Christian life. It is evident presence and power of God.

The Relationship Between Glory and Unity

Two days later, while I was still wondering about what our lack of unity and the display of God’s glory had to do with each other, I heard a sermon (you can hear it here) that made the relationship click.

It is God’s glory that makes us all fit together.

And when we don’t fit together—guess what’s gone?

Paul and Barnabas Make a Glory-Drain

The Bible has a story for us of how even two of the best, godliest people who ever lived accidentally depleted themselves—and consequently, their ministry—of the fullest expression of God’s glory.

Barnabas was a good man, full of the Holy Spirit and strong in faith (Acts 11:24 NLT). And Paul was God’s “chosen instrument to take [God’s] message to the Gentiles and to kings, as well as to the people of Israel (Acts 9:15 NLT).”

And then the Holy Spirit called these two out as a pair, designated to do special work God had specifically designed them for (Acts 13:2). They set out together and began to do the work together powerfully, and—even in the face of great persecution—they had much spiritual fruit.

And then the two had a sharp disagreement over the reliability of an assistant called John Mark (Acts 15:36-40).

But then, because of their sharp disagreement about John Mark’s desertion, Paul and Barnabas ripped apart the two-person team God had designed, and tried to continue—with other people—to do the specific work God had set aside for Paul and Barnabas. It was like Paul and Barnabas were two shoes of a custom-made pair, but then they split up, each one finding another shoe that sort-of matched the original, so they could keep walking. The new ministry partners they found may have been fantastic, but that wasn’t the point. The unity between Paul and Barnabas was broken. And the work God had set apart for those two together, they were now trying to get done apart from each other.

So what? Didn’t they still get the work done?

That’s a good question. Did they?

God had anointed Paul and Barnabas for the “special work to which God had called them” (Acts 13:2). Was God prepared to cut Barnabas out of work he had “prepared in advance” (see Ephesians 2:10) for Barnabas to do? It appears that he was not. I think the Acts 16:6-7 passage is likely about the work in these areas having to wait because of the disunity among those two humans for whom this work was prepared by God.

What else is different now that Paul and Barnabas have broken unity?

2. Paul’s health breaks as his second missionary journey gets underway, and Paul suffers a serious illness (Galatians 4:13-14)—something that never occurred during his first missionary trip with Barnabas.

What changed? What allowed Paul’s health to break? I submit that, perhaps, it was the break in unity.

(No, this illness was not Paul’s thorn in the flesh—that was something different. For more on that, see this blog post.)

Before I get to the next point, I want to talk about where the bar for healing is set by Scripture:

When Jesus’s first group of disciples faced the unusual situation in which they were unable to heal a boy (Matthew 17; Mark 9), Jesus rebuked them.

In addition, they were so perplexed at this exception to their norm of being able to heal everyone, that they took their teacher aside to ask him why they had failed in this case. And Jesus told them.

This account crystallizes that the expectation of Jesus and of his followers is a 100% healing rate among those to whom they minister.

Next, consider that Paul had been given gifts of healing that went beyond even the level of other followers of Jesus (Acts 19:11-12), such that he didn’t even need to be present in order to minister to others—handkerchiefs and aprons that had just touched his body could be taken to the sick, and diseases left them and evil spirits went out of them (Acts 19:11-12).

3. With all that in mind, consider, then, how—after Paul’s break with Barnabas—Paul was unable to heal ministry worker Trophimus (2 Timothy 4:20), and had to leave him behind, sick. It’s the first record in Scripture of Paul failing to heal another person.

What caused God’s power coursing through Paul’s life to be diminished? I think: disunity.

As many good things as the lives of Paul and Barnabas teach us, Scripture also shows us how even one sharp break in unity in the body of Christ creates a significant glory drain—and how the depletion of God’s glory weakens us and hampers our work for him.

Like trying to exercise while wearing those clothes with the sleeves and pantlegs disconnected.

Houston, We Have a Leak

Through broken unity—much of it so longstanding by now that many of us are not aware of it—the church has leaked enough of God’s glory so as to have become spiritually dry enough so that only a trickle of the ocean of the healing, salvation, and deliverance that God wants to pour out through us is able to flow.

Houston, we have a serious problem.

We may have gotten used to things being as they are, but it’s not the way things are supposed to be.

Jesus prayed this for us—This is what he wants:

I pray not only for these,

but also for those who believe in Me

May they all be one,

May they also be one in Us,

so the world may believe You sent Me.

May they be one as We are one.

I am in them and You are in Me.

May they be made completely one,

So the world may know You have sent Me

The Problem is Not Too Big

God’s arm is not too short to save, and his ear is not deaf to our call (Isaiah 59:1). He knows how to pull down spiritual strongholds (see 2 Corinthians 10:4). God’s kingdom is not too weak to come on earth as it is in heaven (Revelation 11:15).

Let’s ask God and find out what he wants us to do about this.

Since spiritual tools often look nothing like what we might expect (see 2 Corinthians 10:4), we should not be surprised if we’re really surprised by what God invites us to do.

We won’t know until we ask.

God, let your glory—the weighty substance of you—fit me into position in the body of Christ, and empower me to do exactly what you have called me to do.

I pray not only for this generation of believers,

but also for all those who will believe in Jesus

May we all be one,

As You, Father, are in Jesus and he is in You.

May we also be one in you and Jesus,

so the world may believe You sent Jesus.

Let us be fitted together by the glory that Jesus gives us from you.

May we be one as you and Jesus are one.

Jesus is in us and You are in Jesus.

May we be made completely one,

So the world may know You have sent Jesus

And that you love all of us as You have loved Jesus.

God, show me what you want me to do, and make my heart quick to obey.

We’ve entered a new season. Draw near to Jesus, and follow him closely.

Intimacy with God doesn’t mean we’ll know everything about everything, but, as Jesus once said to Peter, “What is that to you? As for you, follow me.” (John 21:22 HCSB)

We can do that.

To your freedom, health, and wholeness,

I had a confetti party last week! The day I reached another milestone in writing the new inspirational fiction series, the back came off the 3-hole punch, spilling white dots all over the floor. So, I decided to consider it a celebration! Our golden retriever has a nose for fun, and she ended up wearing a paper dot right on it. (She did not want to give up her dot!)

The confetti has all been cleaned up now, and it is on with the writing! I’m still just as excited about this new series as when I first started writing it—maybe even more.

If the Lord wills, I will live and do this (James 4:15): I’m planning to release the entire series at once when the time comes, and these emails are the place for news about it. In the meantime, if you want to catch up on my nonfiction books, the links are below.

Thank you for being here! I deeply appreciate your being part of this email community.